Dr. Bramwell is a man who likes to keep busy. A magpie by nature, he is the creator of the successful Cheeky Guide series, founder and host of Brighton’s Catalyst Club and singer-songwriter in the band Oddfellows Casino. But wait, there’s more. David is also the author of two autobiographical books, The No9 Bus to Utopia and the Haunted Moustache and co-creator of the foreskin-eating show known as Singalong-a-Wickerman. He has won awards for “Outstanding Theatre” and “Best Comedy Show” for his one-man shows and a Sony Silver Award for his work with BBC Radio 3 and 4.

Despite all this he still has to work three days a week at a Butlins Holiday Camp to make ends meet. He is at his happiest with a biscuit in his hand. Or, preferably, three.  It is worth noting that Dr Bramwell is a medical man by rumour only; approach with extreme caution, particularly if he offers to whip out your tonsils in exchange for a packet of bourbons. 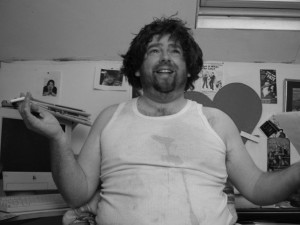 David Mounfield is an actor/writer best known for his role of Jeffery in the Count Arthur Strong Radio Show on BBC radio 4. As a comedian he has worked alongside Jerry Sadowitz, Mel Geidroyc and Jo Caulfield  and played Mr Cooshay and other assorted weirdos in series 1 and 2 of Sky Atlantic’s oddball sitcom “This is Jinsy”.

David founded and MC’d the legendary Semi Skimmed Comedy Dairy at the Komedia Brighton and still keeps his hand in with his club Comedy at the Con!  in Lewes, the home of fire.  He co-wrote the award-winning play, Follow Me, about Ruth Ellis and hangman Albert Pierrepoint, and played the staggeringly tall wrestler Giant Haystacks in the play, Big Daddy vs Giant Haystacks. Being only five foot ten, David wore huge shoes for this role.

“Lorem Ipsum, the rallying cry of the dispossessed graphic designers, come join us on a journey via podcast.” 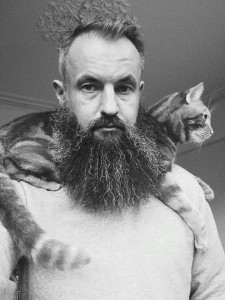 Mr Mailing started his career in entertainment early with lead roles on stage which garnered rave reviews from the Woking News & Mail.  Since then he has continued his career in radio, where the greasepaint is cheaper and the props are flimsier. Often described as an iconoclast he has eschewed the mainstream media for involvement in open access and community broadcasting (worthy but poorly paid). Recognition of his lifetime in broadcasting came with the Academy issuing him a gold SONI* award. His parallel career in academia culminated in the publication of the often cited reference work “Symbolism and Drudgery: a post Lacanian interpretation of everyday myths” – which is currently out of print but can be republished for a small consideration. His hobbies include large scale cartography which has led to his current pastime, creating a 1:1 scale map of the Basingstoke Canal.

Mr Mailing once witnessed a brown vixen, fleet of foot, launch herself over a slothful and recumbent canine.

Dr Lance Dann – The Other Producer 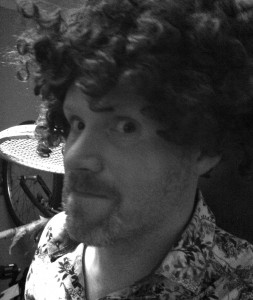 but in would rather you didn’t know about it in the context of this show. For him the Odditorium represents a chance for a fresh start and a new beginning, like all the other ones but only this time different.  This time he is going to have hair.  He began to lose his hair when he was 24 which was coincidentally around about the time he began working in radio as a full-time thing.  Twenty years later he has won a SONY or two, written plays for the BBC, designed sound in New York, worked at Resonance in London, written an unpublishable novel and academised about a number of academic things.   In all that time the hair didn’t grow back, his powers withered and he came to the decision that helping make the Odditorium and wearing a wig was his last chance at hirsuteness.