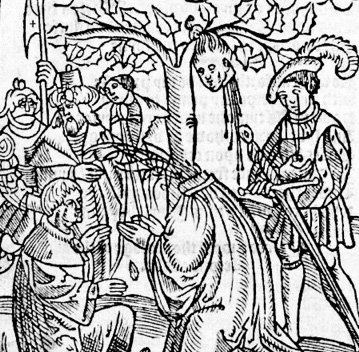 John Higgs is the author of some terrific books whose subject matter range from the KLF to Timothy Leary and Robert Anton Wilson. He has also written two novels: The Brandy of the Damned and the First Church on the Moon which have garnered favourable comparisons to Douglas Adams and Kurt Vonnegut. Here he tells the bloody and, at times, surreal story of St Alban and argues the case that if anyone deserves the dubious title of Patron Saint of England, it should be this fellow, not St George.